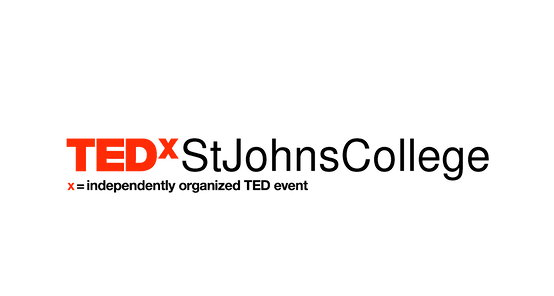 On January 18, 2020, a group of seven Johnnies will witness over seven months of their hard work come to life on the stage of Francis Scott Key Auditorium on the Annapolis campus. They will host the first-ever TEDx event not just in the history of St. John’s College but also in that of Annapolis.

The co-curators, Rediet Worku (A21) and Andrew Hill (A21), first conceptualized a TEDx event in April 2019. “Considering that St. John’s is a catalyst for conversations, bringing the TEDx platform here was natural,” said Ms. Worku, who had previously organized a TEDxYouth event in her home country of Ethiopia. She added, “Our classrooms are home to ideas that have the power to change the world and we need to share them.” During the following summer, she recruited Ece Tuğlu (A21) and Avi Kumar (A21) and invited who would become the first four speakers.

The theme of the event—“On Second Thought”—is a product of the Great Books Program offered by the College. One of the unique characteristics of the Program is its ability to transform the outlook of its students. Their thoughts, opinions, and notions evolve constantly with every book and big idea they explore. The resulting ability to concede by saying “on second thought…” is central to this event. Speakers are expected to discuss second thoughts that have impacted their lives—and the world.

The organizing team reflects the intellectual and cultural diversity of the College. The seven officers in charge hail from seven different countries and bring a unique set of experiences and interests to the table. Mr. Kumar, for instance, who was one of the founding members and now manages all things marketing and public relations, was raised in India and completed his high school education in Singapore. When asked to share his story, he said, “Three years ago, I was everything but set on studying aerospace engineering. After I discovered St. John’s, though, I found an innate passion for discussing humanity’s greatest ideas. When [Ms. Worku] told me about her TEDx plans, I thought it was the most appropriate next step for the college. I had a second thought in my life, and that made all the difference. I look forward to helping build a platform for others to share their second thoughts, and make a difference in our audience’s lives.”

Talks at TEDxStJohnsCollege will span a variety of issues, from quantum physics and literature to statecraft and sports. Justin Horm, a speaker and the Senior Network Manager at the college, will deliver his talk on the pressing issue of cybersecurity in the age of Big Data. His background in English and Intellectual and Scientific History, he said, shaped his talk.

“I believe the composite of handling the very microscopic aspects of data as part of my profession, to the broad understanding of human history, has all come together to shape this talk.”

0 comments on “First Ever Tedx event at St. John’s College”