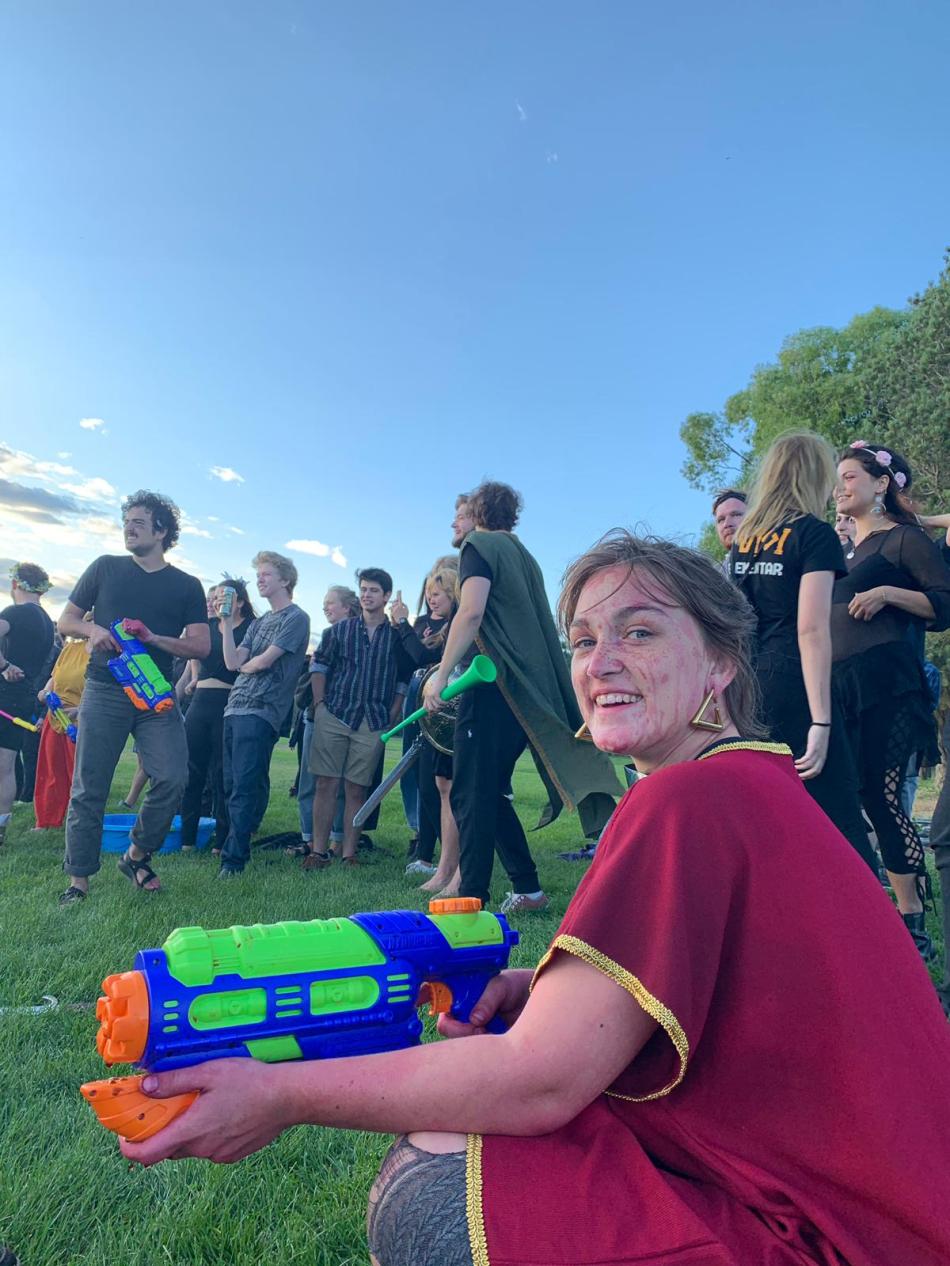 Take a minute to imagine this. You’re a bright-eyed freshman, straight out of high school. Just last May you were roaming the halls of a rigid schedule and seemingly constant supervision. College offers a place of refuge, but the new environment can be a little nerve-wracking. Will the workload be manageable? How will you fit in? When you hear about the freshman-welcoming ceremony on Saturday, these so called “Funeral Games,” you’re hesitant, but ultimately prepared to attend. Donned in white garb, you venture forth.

The Funeral Games reference the penultimate book of Homer’s classic epic, The Iliad, as Achilles and the rest of the Achaeans celebrate and mourn the death of great Patroclus. While the true Greek ceremony involved copious amounts of wine and dangerous chariot competitions, Johnnies settled for grape juice-filled water guns and good old fashion wheelbarrow races to celebrate the 2023 graduating class’ entrance into the college community. This year’s sophomores certainly worked hard to bring Homer’s scene to life as Johnnies celebrated under the welcoming eyes of Menelaus and Aphrodite, respectively depicted by Zhansaya and Jackson.

To start off the night of events, Nestor, played by David, challenged the cunning Odysseus, better known by the campus as Ellis, to a wrestling match. Odysseus proved the winner, sparking many challenges among the freshmen. After the wrestling matches and precedent invocations of the Olympian gods, the challenges moved onward toward the battle between the Greeks and the Trojans, represented by the freshmen and sophomore, respectively. Linking arms, each group charged at each other, eager to prove their honor in battle and steal away the lovely Hellen (Sam) and return the queen to her rightful, Spartan throne. However, none of the games compared to the climatic event of the evening: Patroclus’s pyre. After discovering the fallen soldier, played by Misgana, hordes of Johnnies let out an anguished cry and demanded the death be honored and revenged. Bringing forth a giant pyre, supported by a group of freshmen, Patroclus was supported and carried around the entirety of St. John’s campus.

The night ended at the Meem Placita with dancing and snacks in a glorious festival of official Johnnydom. Thank you to all the sophomores, student activity, and buildings and grounds crew for such an amazing and welcoming night!