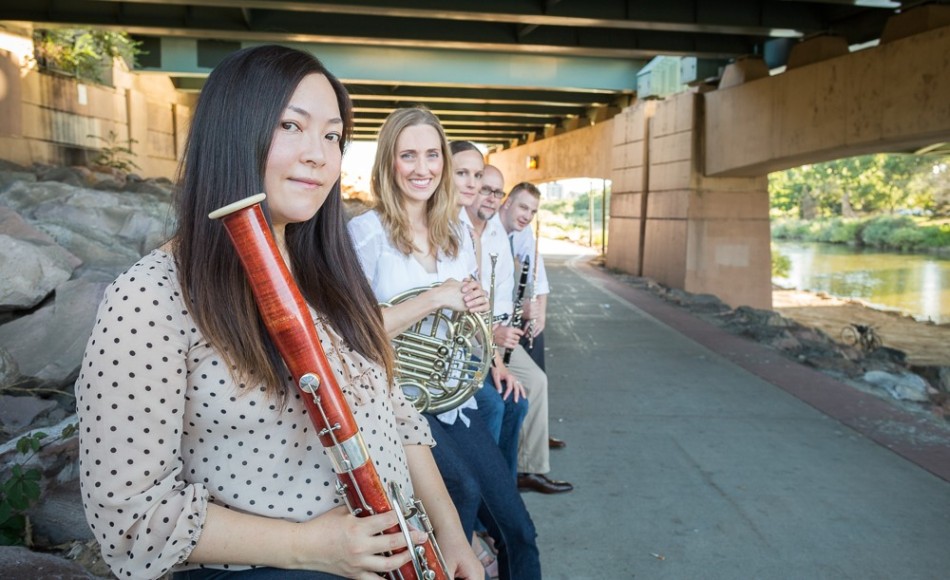 This past weekend was Homecoming weekend, a time when Johnnies from all different years are invited to come commune at their beloved college campus and quench the nostalgia that began when they graduated. In honor of the weekend, there were several activities, seminars, lunches, and brunches, to help foster a fun weekend for all. On Friday night, an award-winning quintet from Colorado, Antero Winds, joined us for a concert in the Great Hall.

Antero Winds has won multiple awards, National and International. And it’s not just their talent that procures these honors, but rather their stage presence, which really evokes awe. They all had their own way of dancing in place to the sound of their own instrument–swaying, tapping, nodding, just letting the music carry them. The part that made the audience come alive the most was the couple of sea shanties that they played–the basic melodies of which everyone knows! They were playful, lyrical, and something shared between all.

At the college we take a music program Sophomore year. We learn theory, and counterpoint, we sing, we compose pieces, we play the piano, and then we look at operas, like Don Giovanni, L’Orfeo, and St. Matthew’s Passion, and we analyze them like we would any other text in front of us. It’s a comprehensive program, and we do just about everything—except study modern composers. This made the concert on Friday especially interesting–it was a mix of pieces by 20th Century composers, as well as 21st Century pieces composed by members of the quintet–all around much more modern than what we study at St. John’s! But although we do not study many modern composers at the college, the language of music really does translate across ages–and once you learn to really hear music, you’ll never listen to it the same again. Concerts don’t demand that you analyze the music, you really can just listen, but inevitably and intuitively, I’m sure many Johnnies in the audience tried imagining the successive notes and movements in their head.

0 comments on “A Concert to Remember”