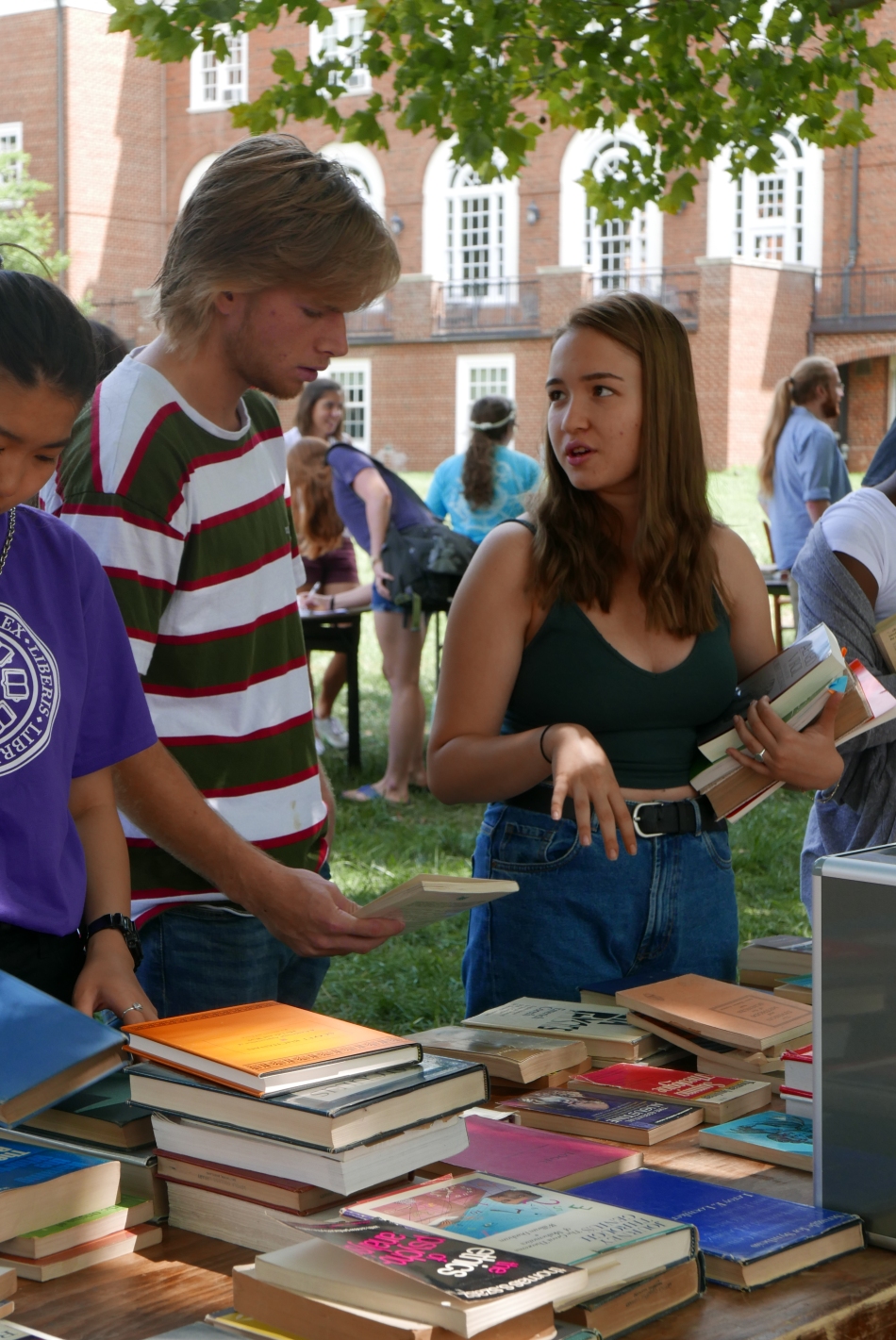 This article was co-authored by Dorothy Bowerfind (A19) and Cameron Hines (SF21).

After Convocation, which kicks off the year, the next big congregation of the Polity on each campus takes place at the annual student activities fair.

Despite our small size, St. John’s has a mitochondria of extra-curriculars, ranging from student publications and Boardgame Club to the Storyteller’s Guild, focused on reading bedtime stories and drinking milk with cookies, and a handful of athletic clubs. Common between them all is that our student activities are run by and for the current student body. There are no faculty or staff advisors, and club leadership cycles as students graduate and pass down the torch. As a result, there is something beautiful and almost circular about extracurriculars at SJC, where a club is only maintained so long as there is student interest and motivation to maintain it.

In the 1990’s, SJC lore (and the Delegate Council archive of club charters) says there was a Melee Club which met in Temple Igleheart and consisted of reenactments of great battle scenes, on and off program, with foam swords, tomahawks, and mallets. Like the flower which succeeds the bud, as seniors graduated and freshmen entered with new ideas, the Melee Club was succeeded by the Historical European Martial Arts (HEMA) Club, which involves more training on technical skills than play-acting. HEMA can be found on campus today, alongside resurrected Tennis Club, transformed Energeia, a student publication that used to be academic but now focuses on the arts, the new and original Spirit of Radio, which hosts community music appreciation with snacks after select seminars, and many more.

This year in Annapolis, the fair was newly dubbed “Apokries” after the Greek carnival. While the fair featured laser tag, slip n’ slides, bounce houses, and other field games, the focus of the event is connecting around 50 clubs and activities at St. John’s with interested students. Perhaps the most beautiful aspect of Apokries is that, should you not find there the club of your dreams, you can create it yourself with the like-minded folks found on the slip n’ slide.

On the Santa Fe campus, the student activities fair was held last Friday, and Peterson Student Center was abuzz with students signing up for clubs. Fair. Editors of the Moon, the student newspaper, recruited new writers and photographers. Hector Poveda Morales (’21), an Outdoor Program assistant, showed off some of the brand new mountain bikes and paddleboards that students will get a chance to use for free on weekly trips. Mary-Anne Burke, Director of the Student Activities Center, unveiled the new schedule of fitness classes offered this semester. Members of the pottery club encouraged novices to try out the pottery wheels in the Fine Arts Building, and Rebecca Sprague (’19), head of the student-led visual art study group, handed out fliers about upcoming figure drawing classes, visual art seminars, and the reopening of the museum above Peterson dining hall. Eve Adam (’20) announced the Women Club’s new partnership with the American Association of University Women, as well as upcoming consciousness-raising meetings and tutor panels.

The Trail Crew will be offering weekend trail runs and bike rides, and local yoga teacher Annie Kohn will be offering classes on campus three times a week, as well as a modern dance class once a week. There will be, among others, study groups on women writers, the Old Testament, Spinoza, and James Joyce’s Ulysses.

Polity, the student government in Santa Fe, and its Annapolis counterpart the Delegate Council have funding available for any club or activity that anyone can dream up. If a group doesn’t already exist for a niche interest, it’s easy for students to start one. Johnnies’ make it happen, both in and out of the classroom.