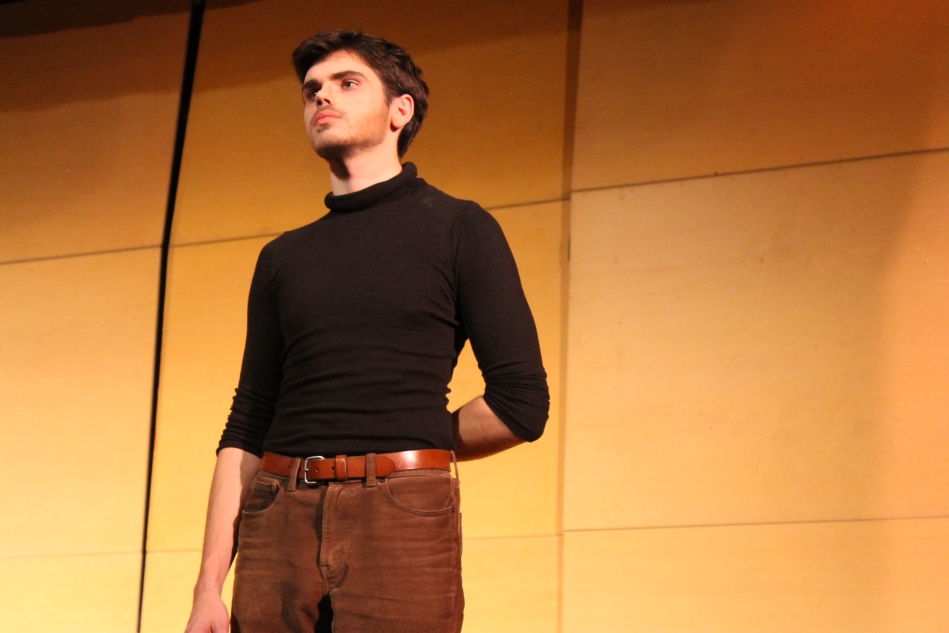 When Jack first told me he wanted to direct a play, we were both hesitant as to what that would look like in an already bustling St. John’s community. As a St. John’s student, I feel like the every day-to-day workload is already exhausting enough, but I could not resist the temptation to be able to direct after being on a hiatus for more than a year. I agreed, and the rest was one exciting adventure for us both. Surprisingly, the co-directorship was not the hardest part to directing a play, but rather, knowing that we are in leadership positions. It was difficult to think taking up a leadership role with the framework of being a St. John’s student because it required me to be taking charge of my peers, which does not happen in a classroom. I had to figure out how to talk to my classmates in a way that was not demeaning, or to boss them around. We had to fit real people into not-so-real roles.

After getting the technicalities down of line memorization, blocking, and locating pieces for the set, all we needed to focus on was the acting. Yet, somehow, that was the most important and the hardest part. We are directing an existential play, a play about being and not being, about hell. That was difficult. How can you tell an actor to not channel their emotions when they are trying to act? Yet, what can they draw from since nobody is dead? Instead, we asked them to think of their daily lives. Frustration, anguish, heartbreak, and sadness are all very tangible emotions to draw from that seems very close to our reality. It was not easy, but it required self-reflection. For me, that seems easier to draw from. It all came from a St. John’s classroom. A lot of intense thought went into a relatively short amount of time, that during that period, very many fruitful thoughts also came about. It was exhilarating to be able to draw from my experience as a student and apply the same set of skills in directing. It all seem to come full circle.

Opening Night was a huge success. I heard many wonderful things from my classmates, and even from people that I have never talked to come up to me and tell me that they have enjoyed it. In some ways, this play seem to help the community to bond in some ways that maybe a classroom discussion would not be able to achieve (although I’m not so sure on that).

0 comments on “Directing a play at St. John’s College”