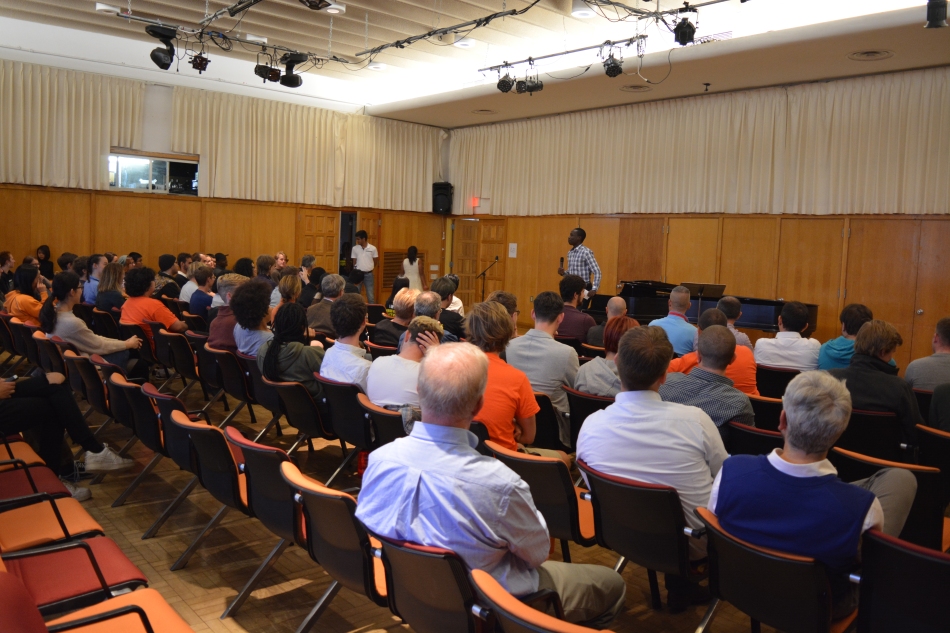 Deferred Action for Childhood Arrivals (DACA) was an American immigration policy that allowed some individuals who entered the country as minors, and had either entered or remained in the country illegally, to receive a renewable two-year period of deferred action from deportation and to be eligible for a work permit. As of 2017, approximately 800,000 individuals—referred to as Dreamers after the DREAM Act bill—were enrolled in the program created by DACA. The policy was established by the Obama administration in June 2012 and rescinded by the Trump administration in September 2017.’

Since Amnesty International is a global movement of more than 7 million people in over 150 countries and territories who campaign to end abuses of human rights, the goal of this concert was to reflect the mission of Amnesty. To campaign for a world where human rights are enjoyed by all.
The concert saw about eighteen individuals affected by the recent abrupt rescission of DACA come out and tell their story. From doctors to lawyers to engineers to social workers to teachers and to students, the event attracted individuals from all walks of life eager to share their various accounts on how DACA as a whole helped them achieve their dreams as well as their families’ dreams.

We had great performances from students and a tutor from St John’s ranging all the way from singing, dancing to playing musical instruments. The presentations were dubbed ‘international’ because students sang songs, not just in French but also in other languages such French and Swahili, representing East Africa. The dance performance representing West Africa was a rib cracker to say the least. Instrumentals were great-amazing performance from talented pianists, guitarists and a great closing speech on importance of DACA from one of our students from India.

The highlight of the evening was the Pop Trivia which took place at the Coffee shop. There were variety of foods and snacks to pick from and brain storming questions on International Relations from which one would ponder.

By the end of the evening, the Amnesty International club had managed to receive about $800 in donations; all proceeds going in to support the victims affected by the rescission of DACA.
Participants were also able to sign petition forms against the revocation of DACA.

Amnesty International Concert was an enlightening moment for everyone that attended!
The club members wish to extend their gratitude to all the individuals who turned up and made the event a great success.

0 comments on “The Amnesty International Concert at SJC”