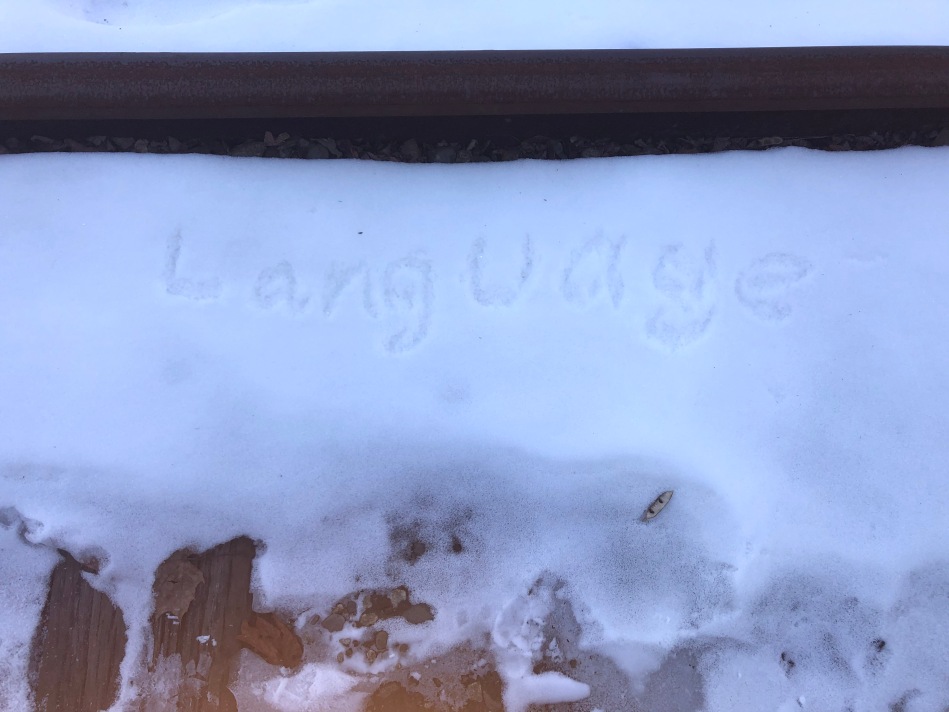 Language learning at St. John’s is certainly different from other institutions, but often it can be difficult to explain why. Classroom set up applies to all classes, of course; the combination of reading, discussion, and practical exercises in the greater context of the program applies to all tutorials. How we engage with the texts is not unique either, or the study groups. All add a great deal to the learning process, but it is not what sets St. John’s apart.

It is rather that we are willing to engage with our work in different contexts, to engage with the old and create something new, and allow it to mean something on a deeply personal level to us and to the community. Here are three little examples, to pin down some of the differences and how they enhance language learning.

Often, students will take language and run with it, engaging with it in bold ways old and new. Such is the case with Izzy Emond.

St. John’s students are all required to learn Greek as freshman and sophomores, first the basics of the grammar and simple sentences, and then getting to engage with texts such as the Meno and Ajax, through translation and discussion. However, formally or not, other elements can be incorporated, such as performance, and nothing can stop you doing something out of love. Emond took a text, Sappho’s Ode to Aphrodite, and recorded a very beautiful recitation, making the poetry and ritual aspects come alive in a way they would not as words of a dead language on a page.

To engage in such a way not only deepens your understanding but others as well, not only by making it alive as it was meant to be originally, but by encouraging other students to think of it as alive as well.

Her recitation can be viewed here:

This fall, we had an event which could be humorously described as the Johnnie equivalent of ghost stories around a campfire. HOMEr 2.0 consisted of participants, students, tutors, and administrators alike, reading aloud sections from the Odyssey, from our preferred translations. It was one of the most communal experiences I have had while having to be a Johnnie from the dining room table, as we all just got to enjoy and share our passion for one of the great old stories.

We all read well, despite some slippage in line numbers, but one of the outstanding participants was an acquaintance of mine from our theatre club, William Mason. He surprised us with a reading of the original Greek from the beginning chapter. Through care with the language and some acting chops, he created a moving moment. The Odyssey was a relevant, living story, that to us had become emblematic of us and our mission, and he was the one with the lyre – if only for a few minutes.

Much like Emond did, this did put the text more into its original context and make it more alive, but took it a step further. By engaging with the text like this, we added more meaning for us and created an emotional bond with the work.

***
I recently finished one of the most difficult but rewarding language assignments I have had so far. It was a translation and justification of La Rochefoucauld’s original First Maxim, about l’amor-propre, a concept that is difficult to convey in English but can be described as self absorption at a deep level. We were encouraged to not be too literal, and to not simply present the piece well in English, but to take the time to think about how exactly we would approach translation in order to stay true to the spirit of the piece.

This obviously requires a lot of thought and care, and you have many factors to keep in mind, such as the author’s style, deeper and alternative meanings of certain words, the time in which it was written. You have to read the piece over and over to make sure you have the right feel for it. Often, as in this case, you do have to let go of modern gut reactions. It would be easy to say that this text is about narcissism or self love, but one is a notion unknown to La Rochefoucauld and medicalizes the phenomenon in a way that the author did not intend, and the latter is too mild and vague to fit with what the text says.

To translate properly is to develop a profound knowledge of a language and the culture that created it. It is very helpful historically; in this case the text is a portrait of a concept we would automatically diagnose and ‘other’ as a fantastical force, which can take hold of anyone and appear anywhere. It encourages you to think about one’s own behavior in a way that othering never could.

These little glimpses light up some significant things that set language learning at St. John’s apart. We develop a respect and love for the material, we carry it beyond the classroom, and as much as we can, we place it in context; a devotional song, a tale told around a feast and fire, and an exploration of human flaws that puts aside automatic reactions. Learning here is not about dry textbooks or contemporary language alone, but also about time and emotion. We can see the language in time, bring it into ours, and feel out what it is communicating to us, whether the language is living or dead.