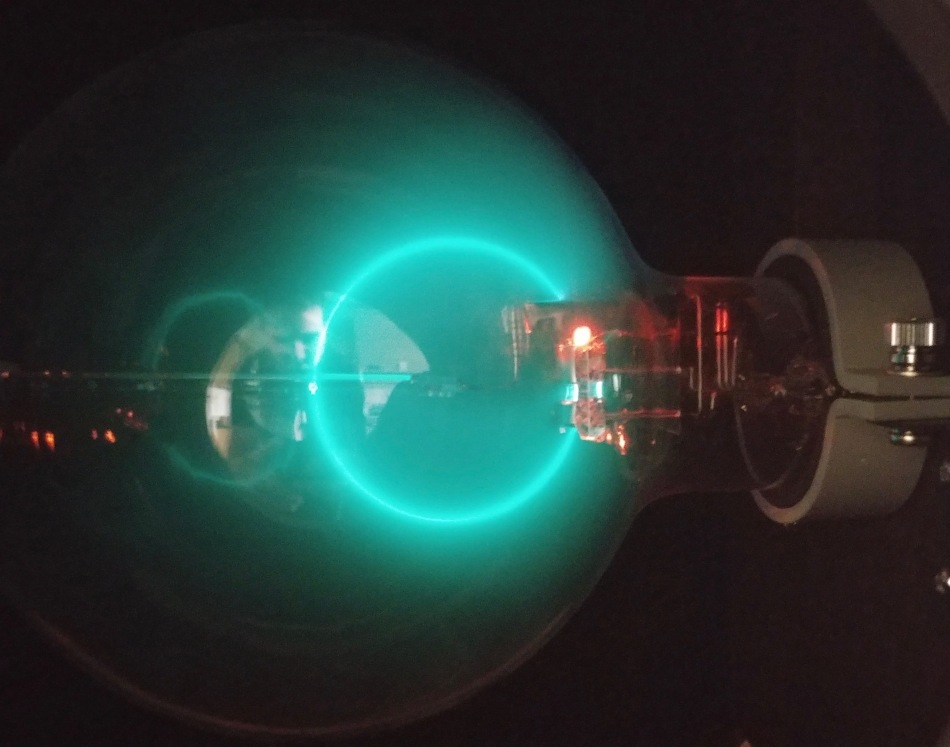 Last Friday something amazing happened in Senior Lab. Working with J. J. Thomson an English physicist, credited with the discovery of the electron, who built off the ideas of Maxwell and Faraday (studied Junior year) the Seniors are starting to play around with the idea that there are things smaller than the atom. Using a strange combination of Maxwell’s equations, which show mathematically that when an electric current is run through a wire, a magnetic field is produced, and an apparatus called a Cathode Ray, which as I understand produces high levels of heat and voltage in a glass tube, the Seniors were able to replicate and study a phenomenon that J. J. Thomson saw in his experiments. Thomson found that when you run beams of particles through Cathode Rays they become electrified, and you can see them. But because there is an electric current going through the Cathode Ray there is also a magnetic field being created. Thomson then discovered that you can manipulate the beam of particles in the tube using force from the magnetic field. So the Seniors fired up their Cathode Rays and began manipulating particles and taking measurements. Eventually what they found was that when you curve the beams on the measurement plates (located inside the tubes) to find the length of the beam and knowing how many volts they’re putting through the Cathode Rays, and how many amps were going through the wires, they can find the exact mass and charge of these unknown particles. And the Seniors found out that the particles were less massive than an atom, and that they were negatively charged, effectively proving the existence of electrons, right here in Santa Fe!  (Pictured: a Cathode Ray with a circular blue beam of “electrons”)

~Special Thanks to Senior Patrick Gentry for the interview and pictures. 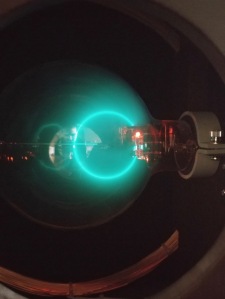 0 comments on “Seniors at St. John’s Discover the Electron!!!”