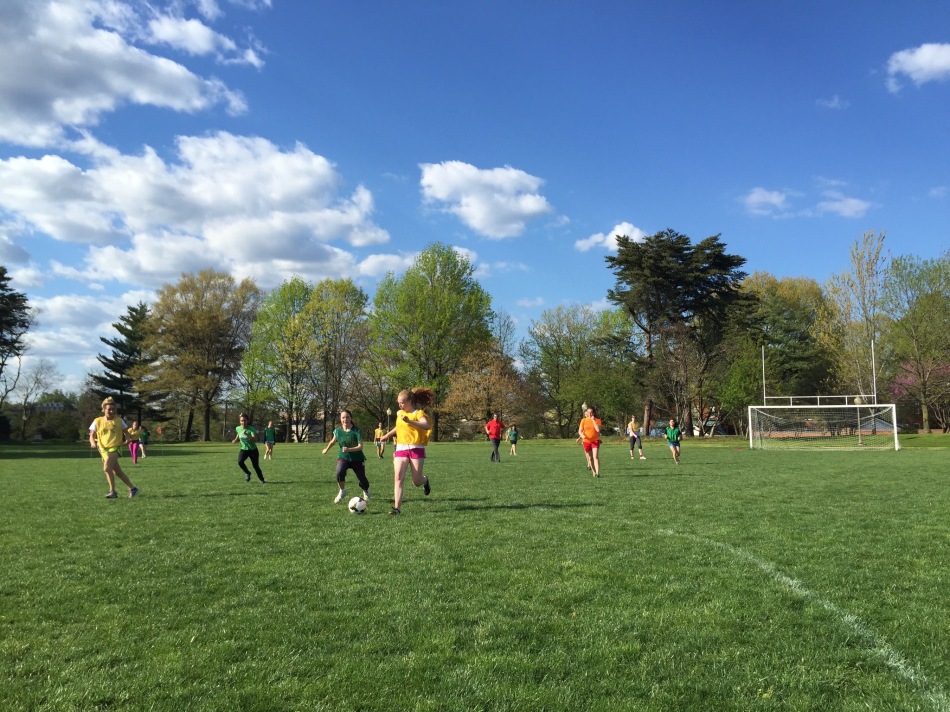 The Ancient Greek word κυναι, simply means dog, but we take it mean much more: the hellhounds that guards the pits of Hades. We describe ourselves as bold, brazen and beautiful. But the question is, what is kunai? We are an all girls sports league, dedicated to creating a healthy and fun environment where girls can learn to play sports and grow as athletes. It might sound like a kind of kumbaya thing, and that’s because it is. We are a group, a unit, a family, a pack of hellhounds.

Before St. John’s and Kunai, I never played any sports, except soccer for two years in high school. It took me a while, but eventually I started coming out to Kunai during their volleyball season because I always wanted to learn. I was hesitant to join an all girls sports team for two reasons. The first is that I grew with boys all my life and because of it had mostly guy friends all my life. I did not like socialising with girls, exclusively. Not that I did not have girlfriends, we need them! But that they were very few in number. The second reason was that the only all girls sports team I was ever on, they never took the sport seriously. They never cared about growing in the sport, but about if they impressed the guys, which it did. I played soccer for two years, but they weren’t consecutively. I tried one year and did not like the experience. I tried another and decided to give up. When I joined Kunai, all these reasons disappeared. I became part of a group of girls who all build each other up and support each other, on and off the field (and the court). At the beginning of our netball season, I had never even touched a netball before, and at the end, I was given runner-up MVP of the season. One of my fellow hellhounds says her love for Kunai is displayed in the fact that after her first day of Kunai she threw up because she ate a huge piece of chocolate cake before the game, and still came back the next day.

We all have a close bond with each other both on and off the court. In the space of a few short months, I made relationships with girls who became very important in that short space of time. These benefits are not exclusive to Kunai, but it applies to the entire intramural program. This is what sports can do for you as an individual.