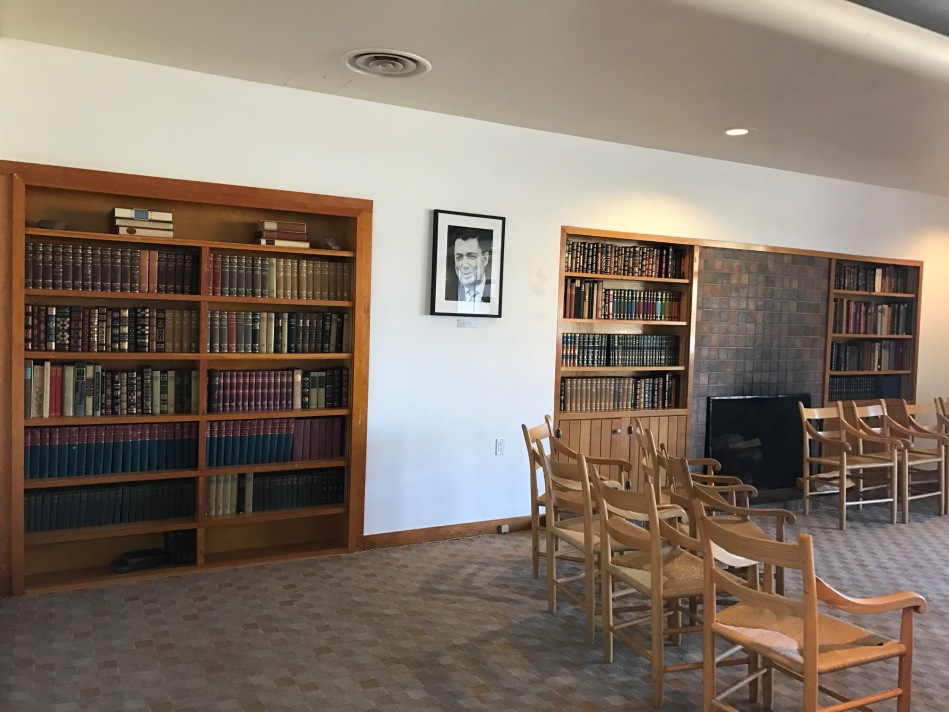 In a continued series of meetings preparing for the college’s re-accreditation, a colloquy was held in the Junior Common Room this Wednesday, March 1st, on the Music Program and its place in the college’s curriculum.

The Music Program is a bit of an oddity; it is offered for the second semester of Freshman year and the entirety of Sophomore year. While Mathematics and Lab often pair nicely in their content and their form of discussion, and Seminar and Language similarly pair, the Music class can sometimes feel a bit out of place. This was recognized by all three of the panel’s speakers. But each of their comments had redeeming insights with regard to the Music’s special place in the Program.

The first to speak was tutor Mr. Houser. He began his remarks with a brief history of Music at the college. The college instituted Music as a class largely under the leadership of a tutor, Viktor Zuckerkandl, whose own book, The Sense of Music, was the main reading material for the class for several decades. At that time the class was only offered Sophomore year. About a decade or so ago somewhere around 8 weeks of the curriculum was moved to the Freshman year. Since then, the focus of Sophomore music has been more formal than material; that is, Sophomore year is more devoted to the study of entire pieces of music and their forms, while Freshman year now takes on the role of teaching the elements of music, e.g., basic rhythm, notation, harmony and melody, etc.

Mr. Houser gave a casual definition of the job of a liberal arts education as something like, ‘to identify and develop the highest activities of human life and thought.’ He went on to describe music as a type of human thought. (This was later clarified during the discussion period to mean not discursive thought, but rather simply the expression of things unique to human life. He said that he believes Bach has as much to teach him about humanity as any of the authors on the Program, but when asked to clarify what he meant, he lightheartedly said that he didn’t “know anything about humanity.” He went on–in order to seriously address the request for clarification–to describe Bach’s ability to express compassion musically in his masterwork St. Matthew’s Passion.)

This writer’s Sophomore music class is currently addressing the question of how to discuss the “thought” of what Mr. Houser termed “absolute music,” that is, music as separate from poetry. An example is a Beethoven Sonata or a Chopin Etude. Because we can analyze these pieces and discover that they are ultimately composed of entirely sensible elements, we are tempted to say that these pieces’ special qualities are simply the result of a highly developed craft. But the creation and appreciation of music often takes place totally apart from questions of technicality. For this reason, it often isn’t really an adequate answer to say that it is for any given technical reason that a Chopin etude moves its listener to tears, or a George Harrison guitar solo fills one with joy.

It is in attempting to address this very tension that the music program is most at odds with itself, as became apparent in the discussion. A Senior, Ms. Gammonley, asked a pointed question from the crowd, here paraphrased, “Is there a way for the class to discuss questions of aesthetics without invoking them as symbolic of a particular philosophy?” Meaning, basically, how do we talk about conceptions of the beautiful simply, without infecting our thinking with a particular philosophy? Mr. Houser pointed out that the development of technical language and skill in the music class is meant to foster a level playground for discussions of the significance of music. But technical language is easiest to employ for beginners (and experts, maybe) when it is used to support or invalidate a more simply meaningful set of ideas. For example, the sophomores study several operas; the music and the libretto (the poem) of the opera often supplement each other beautifully, and the students find all sorts of interesting ways to compare and contrast the literal events of the story with the somewhat-more mysterious goings-on of the music in the opera. We can say “The ominous tone undercuts the seemingly playful events of the scene. How and why is Mozart manipulating the music in such a way?”

But how do we take on music itself, without recourse to a relation with spoken language? Why do we want to do this? Is it possible? These questions remain open as some of the main concerns of the Music program here at St. John’s.

Katherine Krone, a Senior, spoke second from the panel. She discussed the importance of music program’s individuality. She was emphatic about the value of personal and experiential anecdotes in the discussion of music. So much of what music evokes in us is simple and personal, and so discussions about music’s value must incorporate these experiences as valid. However, this is difficult because in Seminar and other tutorials we try to avoid comments that are personal or emotional because they are often difficult to respond to meaningfully or rationally. Ms. Krone said that this mode of discussion in music class forces students to address each other as people.

Tutor Mr. Kingston spoke last. Central to his comments was the idea that music program (although a seeming oddity) is central to the program in the themes that it addresses and the way that it addresses them. Perhaps the most important, or most iconic, of these themes is the relationship between two Greek ideas: φυσις (nature) and νομος (convention). Our experience of music points out how these two relate. For example, when we hear a minor chord we naturally respond and say “Oh, it made me feel sombre” but the convention of western harmony contrived the minor chord as we experience it. So we must ask, “Why do I experience music as I do? Is it because of a natural disposition or because of a conventional habituation? If it is because of both, how and why do I discern how each of these play into my understanding of my experience?”

As a sophomore, I am currently grappling with difficulty of reconciling the technical and the anecdotal as modes of musical analysis. Everyone in my class is. During the discussion, an important insight arose for me concerning this difficulty.

The insight is that the Music program does not offer a simple solution; in fact, in some way its whole value is derived from the fact that these deep-seated questions defy being answered simply. We can only begin to answer once we each grow our own willingness to work in study toward technical understanding, and grow our willingness to accept others’ ineffable experiences as real and important. To learn and juggle these seemingly opposed skills is good fun and the work of a lifetime.

0 comments on “A Special Oddity: Music’s Role in The Program”