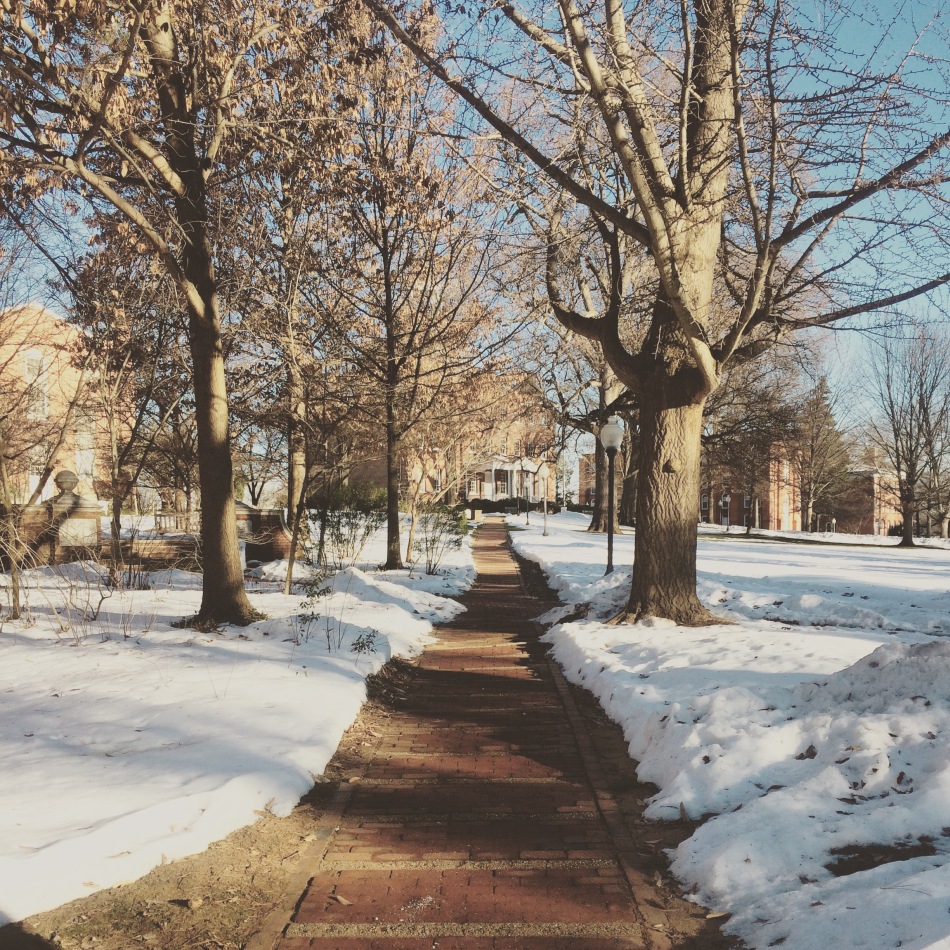 A week ago our first real snow storm of the season hit our little Annapolis campus. Actually, it was a blizzard that dumped about 30 in. of snow on us. The rest of campus wasn’t visible from my window, but I was ready. On my mini fridge, I had four new boxes of tea and my electric kettle. I felt very on top of things because I made sure to finish laundry before the storm.

On Friday, before the first snowflakes hit, I was spending time with a friend of mine. He’s from Texas and was freaking out at the prospect of two to three feet of snow. “I don’t have snow boots tall enough for that!” I tried to explain to him that the big snow drifts probably wouldn’t be in the middle of the path and that little trails would be cleared.

Saturday  morning I found out that I was right. There was a small pathway cleared to the dining hall which was still open for us! I was impressed and grateful that the staff made it in.

I spent a lazy Sunday with Plato and a healthy number of House of Cards episodes. Outside, some of my friends had made a fort and were engaged in an impressive snow fight. I later learned that some people built an igloo outside our library.

Monday was announced a snow day and we were all pretty excited. Having been homeschooled and grown up in south Florida, it would have actually been impossible for a snow day. Here it was gorgeous outside and I went for a walk on the pathways that Building and Grounds cleared and slipped on ice an embarrassing number of times.

The commitment to our seminars is truly impressive. Monday night a large group of students conducted our scheduled seminar on their own. Johnnies can’t be kept from learning for two long.

I’m happy that classes are back in session, but if another blizzard hits, I can weather the storm. After all, I’ve got my books (and blankets) to keep me warm.

0 comments on “Weathering the Storm”